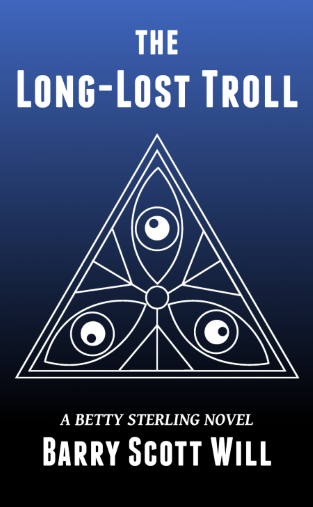 Richmond, VA — Mechanicsville-based Valutivity LLC has published another book through its imprint, Valutivity Press, with a release date of November 1, 2017.

Valutivity Press’s newest release is The Long-Lost Troll, the 2nd in the Betty Sterling series. These books are set in the World of Berrea (worldofberrea.com), a fantasy world where using magic is as common as brushing your teeth. Themes of familial separation, cultural bias—and of course, a dragon—complicate the action as Betty and his team get to the bottom of a hostile takeover.

The Long-Lost Troll is a sequel to A Fine Basket of Fish, published by Valutivity Press in 2013.

Both books were authored by Barry Scott Will. Barry, also known as Papagamer, has written over 20 award-winning books in the nonfiction video game domain. These books have generated millions of downloads. The World of Berrea series has diverted his focus to the fantasy/mystery genre. The books were both illustrated by Ashton Leigh Will, with The Long-Lost Troll featuring both cover and chapter art.

Both books are available in ebook and paperback from mega-retailers Amazon and Barnes and Noble.

While the release schedule is expanding, events have already been scheduled for the following: Maggie L. Walker Governor’s School (November 1), Lee-Davis High School (November 2), Blue Marble Comics and Games (November 11) and Fairmount Christian Church wfv (November 17). To receive a copy of the press kit or to schedule an author visit, please contact Valutivity Press by using the Contact Us link at Valutivity.com or by sending an email to valutivitypress@valutivity.com.

Future Valutivity Press publishing projects include works in the domains of geology, the arts, genealogy, business, poetry and fiction.

Valutivity LLC (http://www.valutivity.com) was founded in 2009 by Karen Smith-Will to guide organizations to convert activity into measurable value that aligns with their vision. Valutivity is about coaching, consulting and connecting, focused on leadership, process engineering and change management. Its sister company, The Consulting Arts, is a catalyst for creativity in musical, visual and literary arts.