The Health and Social Care Committee said it had “serious concerns” about a memorandum of understanding (MOU) between NHS Digital and the Home Office.
The MOU, which came into effect in January 2017, allows the Home Office to request data from NHS Digital about patients for the purpose of tracing immigration offenders.

However, the committee said there were concerns about the practices enshrined in the MOU, including:
* Incompatibility between the disclosure of information about people in contact with health services and the obligations of confidentiality assumed to apply to that information;
* The risk that sharing of patients’ addresses with other government departments will become accepted as normal practice;
* The wider effect on public perception of the confidentiality of data supplied to the NHS; and
* The knowledge that information may be passed to immigration authorities could deter people from seeking treatment, resulting in detriment to the individuals concerned, hazard to public health and greater cost to the NHS due to more expensive emergency treatment needing to be administered later.

The committee heard evidence from both parties to the MOU in January and subsequently asked NHS Digital to suspend it and carry out a review of the “consequences and wider implications” of sharing personal data with the Home Office.
This was rejected by the Home Office, NHS Digital and the Department of Health and Social Care and the committee called for the chair and chief executive of NHS Digital to give further evidence at a second hearing last month.

“We were looking for a very much more convincing case for the continued operation of the MoU than had been presented so far,” the committee said in its report, published this week.
It continued: “We regret that we did not hear such a case. Instead, we have been left with serious concerns about the ability of the chair and chief executive of NHS Digital to understand, and act in accordance with, NHS Digital’s role as a steward of health and social care data.”
The row over the MOU also exposed a rift between NHS Digital and Public Health England, which has raised health concerns about the measures and is reviewing its impact on how people access healthcare.

Following the second hearing, the committee said that NHS Digital’s leadership was failing to protect the interests of patients and maintain its independence from Government. It restated its earlier conclusion that the MOU should be suspended, until an ongoing review of the NHS Code of Confidentiality is complete.
The committee report stated: “The principle remains in place that data, held for the purposes of health and care, should only be shared for law enforcement purposes in the case of serious crime. It is not only the GMC and NHS Codes which reflect this principle, but even NHS Digital’s own guidance on confidentiality. It is entirely inappropriate that NHS Digital should be sharing data in a manner inconsistent with that principle.”
The committee pointed out that NHS Digital’s own mission statement says that information is “only ever used for the good of health and care”, and that it could not continue to maintain that statement while continuing the MOU arrangement with the Home Office.
The committee report concluded: “We are deeply concerned that accepting the Government’s stated position would lead to sharing non-clinical data such as addresses with other government departments. We believe that patients’ addresses, collected for the purposes of health and social care, should continue to be regarded as confidential.” 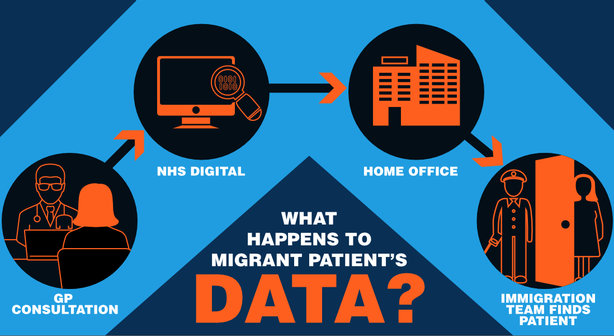 The row comes in a week when the immigration status of Windrush-era citizens is in the spotlight after some were put at risk of deportation by the Home Office.

Amber Rudd, the Home Secretary, said on Monday that her department had “lost sight of individuals” and become “too concerned with policy”, as she announced a task force to deal with the issue.

Sarah Wilkinson, chief executive of NHS Digital, issued a statement on Monday to say that NHS Digital was considering the committee’s report carefully but that it had established a legal basis for the MOU following a “rigorous process”.

Rachel Royall, director of comms at NHS Digital, told PRWeek: “We know and understand that there are diverse and conflicting opinions about this complex issue, and we have made our decisions with the utmost care, balancing the requirements for privacy for patients with the public interest in supporting the government policy.

She continued: “From a communications perspective our aim is to be transparent and open, and to keep listening to feedback and comment. So, for example, we recently commissioned a Mori poll that showed 72 per cent of people either strongly supported or tended to support the sharing of address data with the Home Office for the purposes of preventing immigration crime. All of this is available on our website.”