In brief: Omnicom’s One Hundred comes to Europe, senior hires for Red and Hudson Sandler, rebrand at PHA

Portland and Porter launch One Hundred in Europe

Omnicom’s DAS division has launched its purpose-driven practice One Hundred into Europe, with PR agencies Porter Novelli and Portland among its seven lead partner agencies. Its managing partner for Europe is Emma Sargeant, who is the president of DAS in the region, and its mission is to “create positive, purpose-led change through connected creative marketing communication solutions”, a release says. It was first set up in the US two years ago, since when it has worked with clients including Lions Clubs International Foundation, The Salvation Army and the Association of Zoos and Aquariums.

Former MHP brand chief Rachael Sansom has joined Red as MD of Play, its consumer tech, entertainment, leisure and lifestyle unit. She was at MHP for eight years before leaving last Autumn, and the agency has since hired an internal successor. Play’s former longstanding MD, Isobel Coney, moved to the US last year with her family – her husband Charlie has taken a new role at Golin. Since her departure, Andi Donovan had been acting MD of Play – she has now left after a decade at Red. 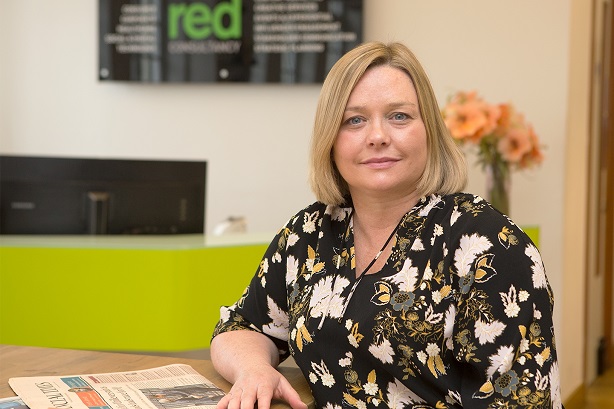 Andrew Leach has returned to Hudson Sandler as a partner, the third arrival at the agency this level for in the past six months. He initially joined the firm in 2010 following a journalistic career including as associate city editor of the Mail on Sunday, before leaving in 2013 to join MHP. The other new partners hired by Hudson Sandler, previously majority owned by Huntsworth, are Rebecca Gudgeon, formerly of Grayling, and Dan de Belder, formerly of Bell Pottinger. Both hires were announced in the Autumn.

PHA Media has rebranded as The PHA Group. Set up by former newspaper editor Phil Hall in 2005, it now has more than 90 staff. The firm has adopted a new name, branding and strapline, which are explained in the video below.

Media House International has hired the daughter of its founder as a senior consultant. Rebecca Durnin was previously an account director at Emma Beckett PR, and she has also worked at Gorkana. Her father Jack Irvine set the company up in 1991. Her mother is, like Irvine, a former journalist and also works for the company. Her brother Chris Irvine is a US-based MailOnline journalist.

Simon Facey is joining Beattie’s Only Digital brand as head of search, and the first digital hire for the brand in Manchester. He joins next week from Venn Digital.